Orion Industries is a leader in precision manufacturing for the aerospace, defense, automotive, medical and marine industries. They are also an award winning social enterprise, using their businesses to teach job skills to people who experience barriers to employment. Orion operates with a simple belief: that good jobs change lives. Their mission: "We believe everyone should have the opportunity to work. We offer hope and create paths to employment through building esteem, mentoring, training, education, community services and successful businesses." Orion Industries has business offices in Auburn and Mukilteo. Learn more at orionworks.org.

Ron made that step when he decided to join Orion's training program and we could not be more proud of his accomplishments. Ron was honorably discharged from the military in 1993, got married, and pursued careers as a truck driver and mobile welder. He had always been a hard worker and frequently worked two jobs at a time. During this time, he found that he had developed an unhealthy relationship with alcohole while serving in the Gulf War and had begun using alcohol to numb the pain of his experiences in the war. 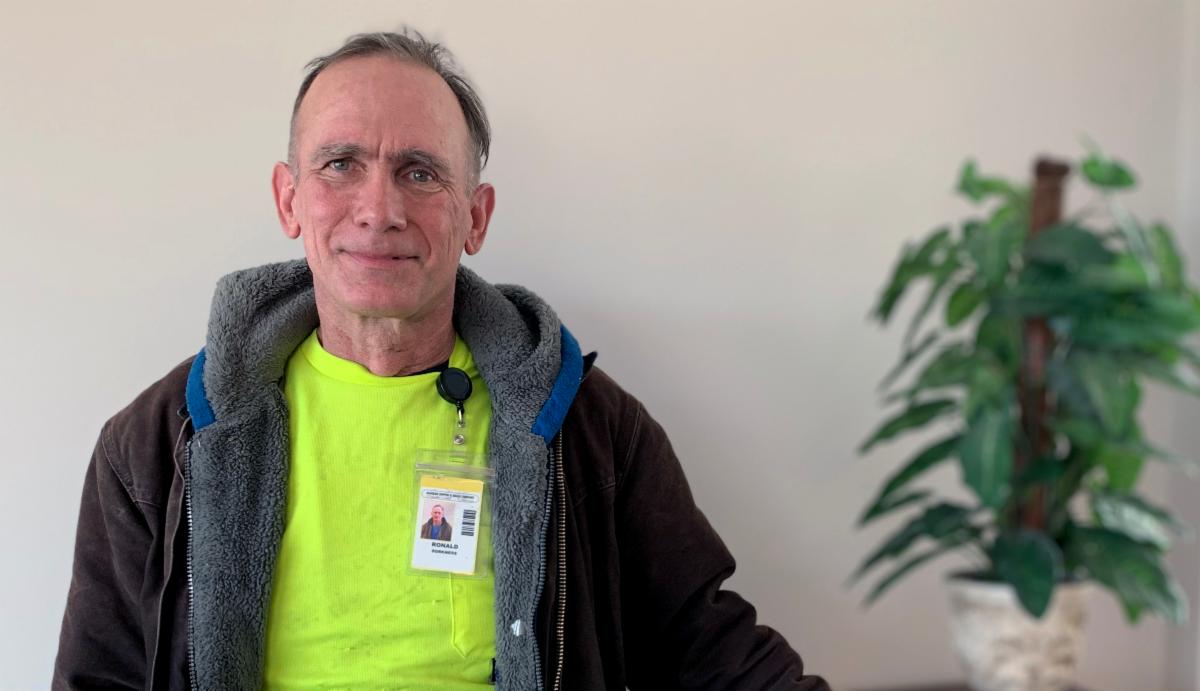 While part of our program, Ron identified his strengths, showed that he was willing to work hard, and was determined to build a new life. His mentors said: "Ron is always here on time and does whatever is asked of him. He learns the job and stays on task throughout the day. He is a funny guy and does what it takes to move forward with his life!" He is now employed full-time, has an apartment, and is taking all the steps necessary to achieve his goals. Ron has come a long way, and we are inspired by his determination and fortitude.

Ron came back to Orion recently and was excited to have purchased his first computer. He shared that he has been asked to accept more responsibility at work and expects a promotion soon. Ron said: "I think Orion saved my life, I really do." We beleive his determination has saved his life, and we just showed him how to take that first step.

Tiffany Essex joined Orion as a participant in Spring 2013. Orion mentors change her life and now, as a mentor herself, she's proud to give back. "I had not manufacturing skills when I got here," Tiffany said. "It became very clear to me that it was really up to me to find out what I coud achieve," Tiffany remembers the point when it all clicked. "I'll never forget it. It was something Lavada [Orion Job Developer] said to us. 'You have to want it; I can't want it more than you.' That sticks with me even now."

It took less than six months for Tiffany to join Orion's staff. Her first action as a member of the team was to request becoming a mentor. Those first weeks as a mentor taught Tiffany just how impactful Orion mission really is. She recalled one particular participant who "was really very shy, timid and closed off. It was like she flet uncomfortable in her own skin," Tiffany said. It took some time; Tiffany started off slow, giving step-by-step instruction and regular encouragement. As her mentee progressed, she got faster and became more accurage, but Tiffany noticed she was still having a hard time speaking up. "I said, 'God gave you a mouth girl, you gotta use it," Tiffany said with a laugh. "I think that was when I saw her smile for the first time. And after that, she just started to grow. She started making friends and became more bubbly and upbeat. I was really very proud of her and glad that I couldhelp her with her confidence."

Tiffany says that the best part of being a mentor is seeing the growth you fostered, but others carried out for themselves. "If I could give my fellow mentors some advice, I'd say be patient. Be patient and do your best to positively encourage. Let 'em know that they [Orion clients] have a chance to be successful and it lies within them."