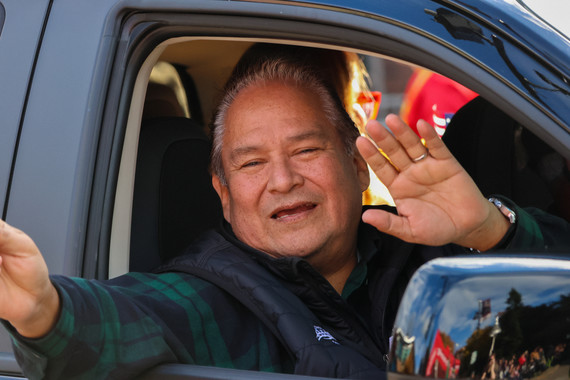 Auburn’s City Council will vote Monday, Dec. 19 to accept the resignation of Councilmember Chris Stearns from the city council. Stearns was elected this November to Washington’s 47th Legislative District and has chosen to step down from his duties to the City of Auburn.

“I want to thank all of the residents of Auburn who believed in me enough to represent them at city council,” Stearns said. “Serving this great city has been an honor and the privilege of a lifetime.”

Stearns, elected in 2019 to the Auburn City Council, was the first Native American voted to the Auburn City Council, running on a campaign fighting for equity, justice and public safety. As a member of the Navajo tribe, Stearns made it a point to serve on multiple committees and task forces, including the National League of Cities’ Indigenous Municipal Officials, and the Washington State Missing and Murdered Indigenous Women and People Task Force.

Stearns also acted as the Co-Chair of the WRIA-9 Watershed Ecosystem Forum, the King County Affordable Housing Committee, the King County Flood Control District’s Advisory Committee in addition to other representation on behalf of the City of Auburn.

“The lasting impact Chris Stearns has had on the City of Auburn cannot be understated,” said Mayor Nancy Backus. “During his time on city council, Chris served on multiple committees and task forces, overseeing everything from flood control to a state response to missing and murdered indigenous women and people. He will truly be missed, but I am looking forward to continuing to work with him in his new role as Representative Stearns of the 47th legislative district!”

Prior to serving in elected office, Stearns spent over three decades working as an attorney, government leader and public policy advocate fighting for justice and human rights.

While working in Washington, D.C., Chris was appointed by President Bill Clinton as the first-ever Director of Indian Affairs for the U.S. Department of Energy where he helped Secretary Bill Richardson create a national Indian energy portfolio. Prior to that, Chris served as Democratic Counsel for the Committee on Natural Resources in the U.S. House of Representatives where he oversaw national legislation on Native American issues such as tribal self-determination, health care, and gambling.

Chris graduated from the Lawrenceville School, received his B.A. with Honors in History from Williams College, and his law degree from Cornell Law School.

On Nov. 8, Washington’s 47th District voters elected Stearns to the State House of Representatives, where he will begin a two-year term beginning in January.

On Monday, Dec. 12, during the council’s regularly scheduled study session, councilmembers opened a resolution that will allow the council to vote at the upcoming council meeting to accept Stearns’ resignation.

The Auburn City Council will then begin the process immediately to fill the vacant seat through an appointment process set forth by Washington state law. To be considered, applicants must complete an Application for Appoint and send it to the City Clerk at Auburn City Hall, 25 West Main Street, Auburn, Washington, 98001, no later than 5 p.m. on Tuesday, January 3, 2023.

The newly appointed councilmember will hold that seat until the end of term and if desired can run for election at that time to remain in office. For this city council seat, that term expires on December 31, 2023.