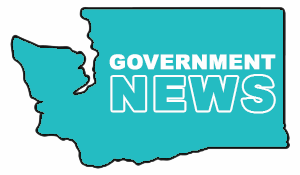 There are only three weeks left in the regular session and the scramble has begun to get out on time (and the rumors of special session have started).  Last Friday, the House passed their Operating, Capital and Transportation versions over to the Senate.  This week, the Senate passed their versions of the operating and transportation budgets back over to the House and now the fun begins as budget negotiators for each budget work to reconcile the differences.   The Senate version of the operating budget picked up some Republican votes because the underlying spending did not require any tax increases. Wednesday marked the cut off for bills to be out of their opposite house policy committees.  The fiscal committees now have until Tuesday, April 9th to move bills that spend money on to the floor of their opposite house – unless they are referenced in one of budget versions making them “Necessary to Implement the Budget” or NTIB.

This week and last week also marked hearings for the first bills in the wave of bills from the House raising revenue to fund their version of the budget.  HB 2158, which raises the B&O tax for certain service businesses to fund workforce training, apprenticeship and career connected learning programs, had a hearing last Friday.  On Thursday, the House Finance Committee heard HB 2156, which creates a 9.9% capital gains tax on certain earnings over $100,000 for single filers and $200,000 for joint filers.  The bill also creates a graduated real estate excise tax which would lower the rate for low value property by create a graduated increase for properties valued over $1 million.  The money from this tax increase would fund K-12 educaton and behavioral health programs.  The House budget depends on these revenue increases to balance.

The Senate will be hearing SB 5961 on Monday, April 8th.  This bill will create an 8.9% capital gains tax on earnings above $250,000.  This money would fund off budget programs such as a “Working Families Tax Credit,” small business tax reductions, and removal of sales tax for diapers and OTC medication.  As stated above, the spending side of this bill is not included in the operating budget that passed the Senate.  It is not known if the votes exist to pass any of the revenue packages in either house.  Regardless, if a capital gains tax passes, it is likely to end up being challenged in court.

The Senate Ways and Means Committee also passed (at 1:30 in the morning on Wednesday) a controversial bill to increase the property tax levy lid (SB 5313) Many believe this will force the state back into an education funding system that will favor richer school districts over poor – and will force the state back into the same situation that led to the McCleary battles.  As the bill was being worked on – and to get votes for the budget that passed just before – two amendments passed that were opposed by the Washington Education Association.  One amendment would limit the collective bargaining ability for teachers and the second would allow charter schools to collect Levy Equalization funds.   It is uncertain what the outcome of this bill will be on the Senate floor.  The House Appropriations Committee passed their version (HB 2140) on Saturday evening without these two provisions.

HB 2132 – Tolling Authorization for the Puget Sound Gateway and 405:  This bill is up for a vote in the House Transportation Committee.  Many legislators, particularly Republicans, are reluctant to approve tolling authorization.  We need to keep up the grassroots push on legislators to pass this bill.  Without it the final pieces of funding for the Gateway project will not be available.

E2SSB 5327 – Career Connected Learning:  We need to keep encouraging legislators to pass this bill using existing funds, not a B&O tax surcharge or other new revenue.  The dollars to connect career and technical learning in our communities is available this year and should be utilized.  The economic benefit of this bill will be clearly seen in the future of our state.

ESB 5334 – Condo Liability/Common Interest Ownership:  In one of the first housing victories this year, ESB 5334 passed the Senate and is now on its way to the Governor’s desk.  This bill modifies the implied warranties for construction of a condominium under the Washington Uniform Common Interest Ownership Act (WUCIOA) by removing the requirement that the condominium be constructed in accordance with all laws and instead requiring the building be constructed in accordance with applicable building codes.  Requires a purchaser to prove an alleged breach of warranty has or will cause physical damage, materially impairs the performance of some function, or presents an unreasonable safety risk.

·      SB 5961 - Public Hearing - Improving the equity and sustainability of Washington's tax structure. (Hearing is on the Proposed Substitute.) (Oppose/High)